The Dragon Lady by Louisa Treger 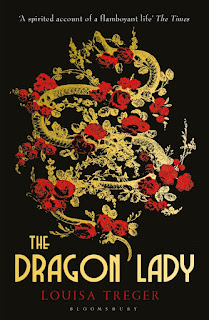 This is the story of the beautiful, exotic, socialite Lady Virginia 'Ginie' Courtauld - nicknamed The Dragon Lady for the unusual tattoo of a snake decorating the length of her leg.

We follow Ginie from her youth on the Italian Riviera before World War I, to England and the stylish Art Deco Eltham Palace, to the wilds of Scotland, and finally to her shooting at La Rochelle in Rhodesia of the 1950s - through two marriages, her many homes and the enormous social changes that took place during her unconventional life.

Virginia and Stephen Courtauld were at the cutting edge of fashion, art and design which did not always make them comfortable bedfellows with the staid strictures of society of the time - especially since Ginie was a foreign divorcée. Although their company was often sought at the time of Edward VIII and Mrs Simpson's affair, and their glamourous Eltham Palace parties were well attended by the celebrities of the day, their star soon dimmed after Edward's abdication.

Drawn by the beauty of Africa, they decided to settle in far off Rhodesia, where their liberal ideals made them fierce campaigners for equality and an end to segregation, but this caused them much trouble among the other white settlers and led to Ginie becoming a target for violence. Who disliked her enough to pull the trigger?

The Dragon Lady is a triumph of historical fiction! Louisa Treger skillfully blends fact and fiction into an enthralling tale about the extraordinary life of a woman before her time. One who lived life to the full in an era of significant social and cultural change.

Having previously only heard about the Ginie and Stephen Courtauld in connection with their beautiful house at Eltham Palace, which is now looked after by English Heritage, there was a lot in these pages that I found fascinating.

Louisa Treger really brings to life how Ginie Courtauld, a woman who craved acceptance and acknowledgement, struggled with being able to fit in, whether it be in Italy, England or Rhodesia. The very qualities that made her special, also made her at odds with the strict bounds of rigid society.

Adored by men for her beauty and beguiling ways, she was often seen as a threat by the very womenfolk she wanted to win over and this made her very unhappy. Her history always preceded her and her intentions were frequently misunderstood. By trying to do good, she often made enemies of the women whose company she sought - her unconventional ways, and beauty may have been bewitching for the men she met, but this instantly put the women around her on their guard.

This book primarily concentrates on the years the Ginie and Stephen Courtauld spent living in Rhodesia and through Louisa Treger's eyes we can see how the beauty of the country worked its way into their hearts and why they wanted to create a haven at La Rochelle. But these were unsettled times in Rhodesia, and as the garden the they created at La Rochelle was growing, the seeds of change were also sprouting. War was already on its way and their liberal attitudes and desire to treat their black employees fairly made them a target for an already wary white minority.

The push for social change, with the early shoots of the black political movement, underlies the Rhodesian episode of this tale and violence is never far from rearing its ugly head. Some of the scenes describing the behaviour of the more callous and fearful element of the white elite are very difficult to read, but are an essential part of the story, as a contrast to the benevolence and enterprise of the Courtaulds.

This all mixes irresistibly with the simmering passions that are always bubbling just under the surface, lending the whole tale a most wonderful "White Mischief" feel that is completely intoxicating. 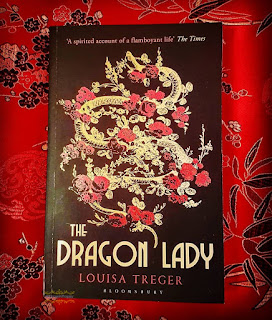 I loved this book. It has everything I look for in a historical fiction story - the ability to teach me something I did not know before, beautifully drawn characters, glorious settings, strong women, and passion. This is an absolute winner!

The Dragon Lady is available to buy now from your favourite book retailer, or via this link: Amazon UK

Thank you to Louisa Treger and Bloomsbury books for providing me with a copy of this book in return for an honest review, and to Kelly Lacey of Love Books Tours for inviting me to be part of this tour.


Opening with the shooting of Lady Virginia 'Ginie' Courtauld in her tranquil garden in 1950s Rhodesia, The Dragon Lady tells Ginie's extraordinary story, so called for the exotic tattoo snaking up her leg. From the glamorous Italian Riviera before the Great War to the Art Deco glory of Eltham Palace in the thirties, and from the secluded Scottish Highlands to segregated Rhodesia in the fifties, the narrative spans enormous cultural and social change. Lady Virginia Courtauld was a boundary-breaking, colourful and unconventional person who rejected the submissive role women were expected to play.

Ostracised by society for being a foreign divorcée at the time of Edward VIII and Mrs Simpson, Ginie and her second husband ,Stephen Courtauld, leave the confines of post-war Britain to forge a new life in Rhodesia, only to find that being progressive liberals during segregation proves mortally dangerous. Many people had reason to dislike Ginie, but who had reason enough to pull the trigger?

Deeply evocative of time and place, The Dragon Lady subtly blends fact and fiction to paint the portrait of an extraordinary woman in an era of great social and cultural change. 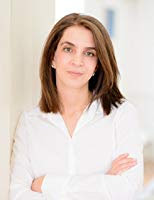 Born in London, Louisa Treger began her career as a classical violinist. She studied at the Royal College of Music and the Guildhall School of Music, and worked as a freelance orchestral player and teacher.

Louisa subsequently turned to literature, gaining a First Class degree and a PhD in English at University College London, where she focused on early twentieth century women's writing.

Married with three children, she lives in London.

Find out more about Louisa here: 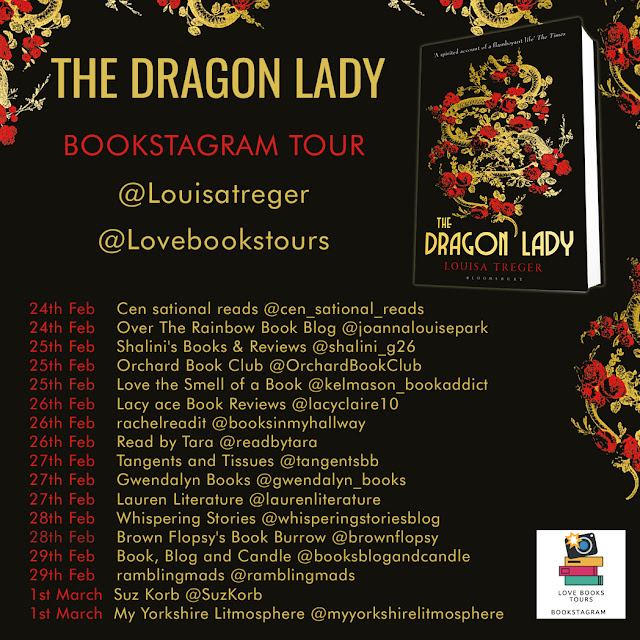