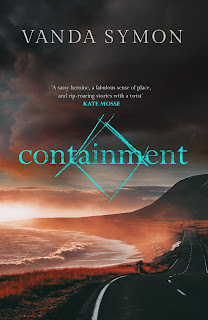 Detective Constable Sam Shephard's quiet weekend in sleepy Aramoana, on dog-sitting duties, comes to an abrupt end when a container ship comes aground and washes some of the containers onto the beach.

For some reason, the locals have assumed a "Whisky Galore" attitude to the contents of the containers and are busy helping themselves to all manner of goodies, but when their foraging uncovers a human skull and the police put in an unwelcome appearance, things get out of hand. Unfortunately, Sam finds herself in an ambulance after receiving a beating from one of the scavengers - a man who has also been beaten to within an inch of his life.

Once a somewhat worse for wear Sam is back on the job, a case which at first appears to be one of simple cargo running, turns out to be much more complex, when a body is pulled from the sea - a body which was clearly already dead before being squeezed into a diving suit.

As the plot thickens, it becomes clear that this is more than just a case of a few stolen personal items and someone is desperate to recover what was spilled from the containers in Aramoana.

Can Sam get to the bottom of the mystery, before anyone else is killed?

Containment is my first Vanda Symon, but it will most certainly not be my last! Interestingly, I think this may be my first police procedural set in New Zealand too, which made it all the more enjoyable.

I absolutely love Sam Shephard and she makes a fine protagonist. She is unapologetically feisty, knows her own mind (mostly), and is not afraid to stick her neck out to save those she thinks are in trouble.

He leaned forward and shifted his gaze
so it felt like it pierced right into my brain.
'Because you saved him. You saved me. You...'
he struggled to find the right word before faling back to
the tried and true '...save.'
And gave a little shrug, like it was obvious.

But she is human too, with the incumbent emotions this implies - and underneath the tough exterior that she needs for her job, she has her jealousies, insecurities, and worries for people she cares about, which really brings her alive on the page.

Vanda Symon works the threads through this book beautifully, ties up the ends with aplomb and takes you on the most entertainling journey along the way. Containment has bags of content for the lover of the police procedural, but also enough clues, red herrings and suspicious characters for even the biggest Agatha Christie fan too. Something about the setting in New Zealand gives it a "small town" atmosphere with its feeling of simmering passions and violence just under the surface that makes it deliciously compulsive. I am hooked!

Although this is book three in the Sam Shephard series, it works well as a stand-alone so you do not need to have read the previous books. But it does drop some tantalising little snippets about Sam's past and I will be reading both of her previous outings before too long - in fact, Overkill and The Ringmaster are already on my shelves waiting to be consumed while I type. I can't wait!

Containment is available to buy now from your favourite book retailer.

Thank you to Vanda Symon and Orenda Books for providing me with a copy of this book, in return for an honest review, and to Anne Cater for inviting me to be part of this blog tour.


Chaos reigns in the sleepy village of Aramoana on the New Zealand coast,
when a series of shipping containers wash up on the beach and looting begins.

Detective Constable Sam Shephard experiences the desperation of the scavengers first-hand,
and ends up in an ambulance, nursing her wounds and puzzling over
an assault that left her assailant for dead.

What appears to be a clear-cut case of a cargo ship running aground soon takes
a more sinister turn when a skull is found in the sand, and the body of a
diver is pulled from the sea … a diver who didn’t die of drowning…

As first officer at the scene, Sam is handed the case,
much to the displeasure of her superiors, and she must put together
an increasingly confusing series of clues to get to
the bottom of a mystery that may still have more victims…

Vanda Symon is a crime writer, TV presenter and radio host from Dunedin, New Zealand, and the chair of the Otago Southland branch of the New Zealand Society of Authors.

The Sam Shephard series has climbed to number one on the New Zealand bestseller list, and also been shortlisted for the Ngaio Marsh Award for best crime novel.
She currently lives in Dunedin, with her husband and two sons. 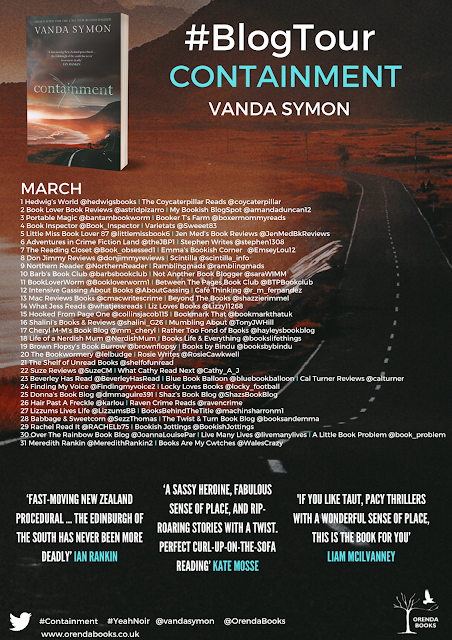 Orenda Books is a small independent publishing company specialising in literary fiction with a heavy emphasis on crime/thrillers, and approximately half the list in translation. They’ve been twice shortlisted for the Nick Robinson Best Newcomer Award at the IPG awards, and publisher and owner Karen Sullivan was a Bookseller Rising Star in 2016.

In 2018, they were awarded a prestigious Creative Europe grant for their translated books programme. Three authors, including Agnes Ravatn, Matt Wesolowski and Amanda Jennings have been WHSmith Fresh Talent picks, and Ravatn’s The Bird Tribunal was shortlisted for the Dublin Literary Award, won an English PEN Translation Award, and adapted for BBC Radio Four’s Book at Bedtime. Six titles have been short- or long-listed for the CWA Daggers.

Launched in 2014 with a mission to bring more international literature to the UK market, Orenda Books publishes a host of debuts, many of which have gone on to sell millions worldwide, and looks for fresh, exciting new voices that push the genre in new directions. Bestselling authors include Ragnar Jonasson, Antti Tuomainen, Gunnar Staalesen, Michael J. Malone, Kjell Ola Dahl, Louise Beech, Johana Gustawsson, Lilja Sigurðardóttir and Sarah Stovell. 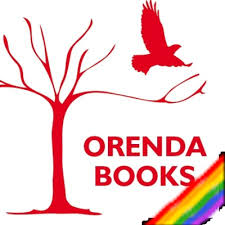 Hi guys! For some reason, the Blogger Contact widget has stopped working, so I have removed it from the side-bar. If you have tried to con...

Brown Flopsy
I am a lifelong avid reader &amp book collector and love all that is bookish - audio books, paper books & e-books (Kindle).

Former Secondary School librarian, but I tend to mainly read books aimed at adults these days - with the odd YA book here & there.

I enjoy a wide range of genres, but my favourites are literary fiction, historical fiction, sci-fi, mystery, thillers, & the odd romance. A good autobiography/biography goes down well too!
I am also a keen cook & baker & have an impressive collection of cookery books to my name.

I am happy to accept review copies from publishers & authors - inc. audio books. I prefer e-books in the mobi format for Kindle. I do blog tours, with sufficient notice.
Please feel free to contact me with review requests via the details in my featured post & I will get back to you if I am interested.