The Holdout by Graham Moore 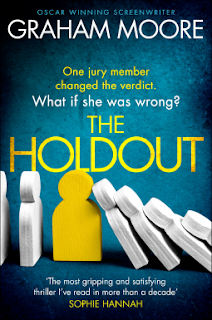 Ten years ago, Maya Seale was part of the jury that presided over the fate of  Bobby Nock, on trial for of the murder of his fifteen-year-old student, Jessica Silver.

The trial had seemed an open and shut case, but, for Maya, there were problems that could not be ignored. She was the only juror who believed Bobby Nock was not guilty, but she made it her business to bring the others to her way of thinking - and so he went free.

There were many who believed that a guilty man had got away with murder - including the Jessica's parents, and most notably Maya's fellow juror Rick, who went on to write a book blaming her for a miscarriage of justice. The controversy surrounding the case went on to hound the members of the jury for years afterwards.

Ten years have passed and the Jessica Silver case is in the headlines again. A television company is planning to gather together the original jury and go over the evidence in the case one more time - offering new and incontrovertible proof that Bobby Nock was guilty.

Maya, now a respected defence attorney, is not keen to join this reunion, but given little choice in the matter she eventually meets up with the old gang at the hotel were they were sequestered while they deliberated their verdict all those years ago. She is intrigued about what the new evidence could be.

But then, one of the jurors turns up dead, before the show even begins, and Maya is the prime suspect in his murder...

Who is the real killer and what is the motive? Is Maya paying the price for her actions ten years ago?

This book was such a lot of fun, and I devoured the whole thing in one sitting!

The story alternates between the present and the events surrounding the original case - from the very beginning that the jurors were chosen, right through to the controversial verdict - so we get a lovely mix of courtroom drama, murder mystery and Maya's desperate quest to find out not only who killed her fellow juror, but also whether or not Bobby Nock was guilty after all.

We get to know each jury member pretty well and all their little secrets come to light before the end of the story, and as you put together all the pieces of the puzzle alongside the evidence presented at the original case and during Maya's current investigation, the shocking truth is finally revealed - along with the most delicious and surprising of twists.

No spoilers from me, but this is a thrill ride of a book - intelligent and exciting in equal measure, and more than a little thought provoking too. I loved it!

The Holdout is available to buy now from your favourite book retailer!

Thank you to Graham Moore and Orion for providing me with a copy of this book in return for an honest review, and to Tracy Fenton of Compulsive Readers for inviting me to be a part of this blog tour.

'Ten years ago we made a decision together...'

Fifteen-year-old Jessica Silver, heiress to a billion-dollar fortune, vanishes on her way home from school. Her teacher, Bobby Nock, is the prime suspect. It's an open and shut case for the prosecution, and a quick conviction seems all but guaranteed.

Until Maya Seale, a young woman on the jury, persuades the rest of the jurors to vote not guilty: a controversial decision that will change all of their lives forever.

Ten years later, one of the jurors is found dead, and Maya is the prime suspect.

The real killer could be any of the other ten jurors. Is Maya being forced to pay the price for her decision all those years ago?

Graham Moore is a New York Times bestselling novelist and Academy Award-winning screenwriter. His screenplay for The Imitation Game won the Academy Award and WGA Award for Best Adapted Screenplay in 2015 and was nominated for a BAFTA and a Golden Globe. The film, directed by Morten Tyldum and starring Benedict Cumberbatch and Keira Knightley, received 8 Academy Award nominations, including Best Picture. 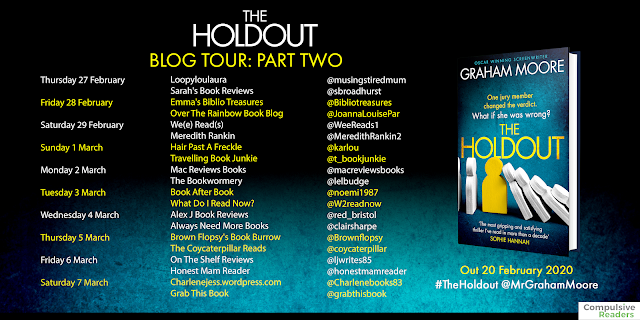