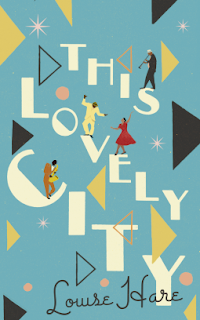 The Blitz is over and London is recovering from WWII. The call has gone out for workers from the Commonwealth to come over and help Britain get back on her feet.

Fresh off the Empire Windrush, musician Lawrie Matthews has come to make his fortune, but things are not quite as he imagined in this, so called, land of opportunity. It has been harder to make London his home that he thought, and the climate is not helping, but he has finally got himself a steady job, even if he is laying his head down a tiny room in Brixton....but the best thing to happen to him by far is that he has fallen in love with Evie, the girl next door.

Touring the streets of Soho at night, plying his trade in a band with some of his friends, and working as a postman during the day, keeps Lawrie busy, and he hopes this promising start will enable him to ask Evie to marry him before too long - so his new life can really begin.

However, one morning, Lawrie finds himself in the wrong place at the wrong time, and becomes a suspect in a shocking crime that has stunned the local community. Feelings are riding high and the rising tension is threatening to tear the city apart.

Can Lawrie really find happiness in this lovely city?

How I loved this compelling tale of young love, racial tension and mystery set against the backdrop of a city trying to find its way after the upheaval of WWII!

Lawrie is part of the Windrush generation, called to England with the promise of a warm welcome and opportunities galore. But when Lawrie gets here, he realises that he has been sold a bit of a pup. He and his fellow immigrants are living in squalid and cramped conditions and fighting for a chance of employment in workplaces that simply do not want them.

What saves Lawrie and makes him persevere? Well the answer is quite simply the love of a young girl he meets quite by accident....someone he is sure he can be happy with.....and that is Evie - a girl who is something of an outsider herself, as the mixed race daughter of a single mother, although she has lived in London all her life.

Louise Hare beautifully mixes the tales of Lawrie and Evie to highlight the racial tension bubbling under the surface of post-War London, and the hard life associated with being a single mother at this time. Trouble is afoot - secrets and lies, which seemed well buried, are going to be exposed before long. A heinous crime has been committed and new arrivals make easy targets in the blame game.

The blatant racism of the time is both brutal and uncompromising, and makes for some difficult reading in this story. There is plenty of tragedy and heartbreak too, but there is also hope for the future and an overwhelming sense that love and comradship can conquer all in the end.

I felt myself totally immersed in post-War London, with its rationing, black market shenanigans, lingering Blitz spirit, bomb-damaged buildings, and the tense atmosphere of a population trying to adjust to new times. A different age is being ushered in, not only in the face of recently arrived immigrants from far flung places, but also in terms of men returning home to womenfolk who have had a taste of an independence they had never experienced before - a freedom they are reluctant to give up. All the signs point to the difficult birth of a new era - of social and cultural change on the horizon.

But this is also a story of an investigation into a crime so shocking that it fractures the already fragile peace on London's streets. The long arm of the Law becomes an insidious presence for our community of immigrants, and their fear is palpable. It seems no one is safe from the attention of the Police.

All these threads come together beautifully at the hands of Louise Hare, until the devastating truth is revealed at the end of the tale. Outstanding!

The audio version of this poignant debut is magnificent. The narrations from Theo Solomon and Karise Yansen, as Lawrie and Evie, are magical and their voices completely draw you in. The soundtrack also features an original piece of jazz music, composed and performed by AZAD, a second year band from East London Arts and Music School (ELAM), which will have the jazz spirit pumping in your veins.

I cannot tell you how much I enjoyed this wonderful debut from Louise Hare. This Lovely City has every hallmark of being one of this year's must reads - or must listens, in the case of this cracking audio book. Trust me, this is one you are not going to want to miss out on!

This Lovely City is available from your favourite audio retailer now, and is out in print/ebook soon.

Thank you to Louise Hare and HQ for providing me with a copy of this audio book, in return for an honest review, and for inviting me to be part of this blog tour.

The drinks are flowing.
The music is playing.
But the party can’t last.

With the Blitz over and London reeling from war, jazz musician Lawrie Matthews has answered England’s call for help. Fresh off the Empire Windrush, he’s taken a tiny room in south London lodgings, and has fallen in love with the girl next door.

Touring Soho’s music halls by night, pacing the streets as a postman by day, Lawrie has poured his heart into his new home – and it’s alive with possibility. Until, one morning, he makes a terrible discovery.

As the local community rallies, fingers of blame are pointed at those who had recently been welcomed with open arms. And, before long, the newest arrivals become the prime suspects in a tragedy which threatens to tear the city apart.

Atmospheric, poignant and compelling, Louise Hare’s debut shows that new arrivals have always been the prime suspects. But, also, that there is always hope.

Louise Hare recently completed the MA Creative Writing at Birkbeck. Her debut novel ‘This Lovely City’ was shortlisted for the Lucy Cavendish Prize for Fiction 2017 and will be published by HQ in March 2020. Her short story ‘Panopticon’ was written on the MA and has been published in ‘The Good Journal.’ 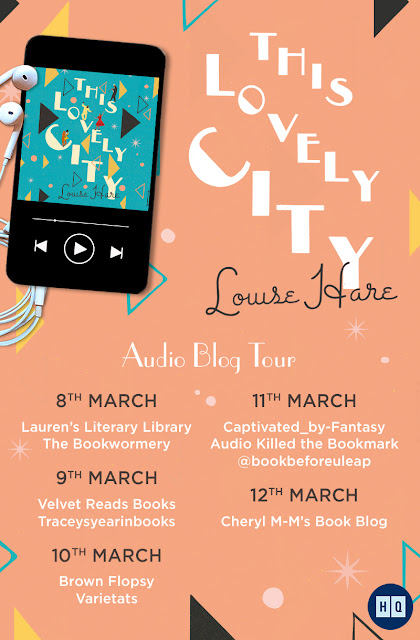